In a few short years sugar has replaced fat as the main dietary villain and the lay media is full of horror stories about the role that sugar plays in chronic disease. Scientific reviews of the role of sugar, health and disease by leading nutrition agencies tell a different story, finding sugar is fairly benign with respect to chronic disease. However, dietary quality may be affected at very high intakes of sugar.

Who are the experts?

During the last seven years there have been two comprehensive assessments of the role that sugar plays in health, one in Europe and one in the United States. One review was conducted by the European Food Safety Authority (EFSA) and published in 2010. In relation to nutrition, EFSA provides the most up-to-date and comprehensive scientific advice to support EU policy makers in their decision making process in the field of nutrition. EFSA’s advice on nutrient intakes provides an important evidence base to underpin nutritional policies, the setting of diet-related public health targets and the development of consumer information and educational programmes on healthy diets.

The United States’ review of sugar and health was conducted by the Institute of Medicine (IOM), an independent, non-profit organisation that works outside government to provide unbiased and authoritative advice to decision makers and the public. The IOM is the health arm of the National Academy of Sciences. The IOM has an extensive history of examining the nation’s nutritional well-being and providing sound information about food and nutrition. The IOM’s review of sugar and health, published in 2005, was conducted as part of the process for developing the US Dietary Reference Intakes.

Both reports note that the consumption of fermentable carbohydrates can increase the risk for tooth decay. Fermentable carbohydrates include naturally-occurring sugars in milk and fruit, added sugar and starch. Early childhood dental caries has been associated with at-will breastfeeding, continued use of a sweetened pacifier and frequent, prolonged use of baby bottles containing cow’s milk, infant formula, fruit juice and soft drinks.

However, neither expert organisation recommended an upper limit for sugar intake as a means of lowering the risk for dental caries. The IOM states … it is difficult to rationalize the relationship of sugars and dental caries as simply “cause-and-effect”. Both organisations point out that the causes of dental caries are multifactorial, with fluoride status being fundamental. EFSA adds that … caries development … is also influenced by various other lifestyle factors (oral hygiene, exposure to fluoride, meal frequency and diet composition), heredity, illness, medication, malnutrition, and flow and composition of saliva.

Again, neither EFSA nor the IOM thought there was sufficient evidence of a link between sugar intake and body weight to set an Upper Limit for either added or total sugars. Both expert organisations found the evidence relating high intake of sugars, compared to high intakes of starch, to weight gain to be inconsistent. Epidemiological studies do not show a positive correlation between total sugar intake and obesity, rather the opposite. The IOM report concluded: There is no clear and consistent association between increased intake of added sugars and BMI.

While noting the inconsistency in the evidence linking sugar and obesity for solid foods, the more recent EFSA report observed that there was some evidence that sugar-sweetened beverages do not induce satiety to the same extent as solid forms of carbohydrate, and that high intakes of sugars in the form of sugar-sweetened beverages might contribute to weight gain. The recent review of sugary drinks and body weight conducted for the Dietary Guidelines for Americans (2010) came to similar conclusions. 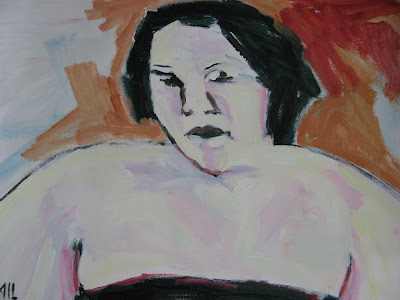 High intakes of carbohydrate can have adverse effects on blood lipids and this is the rationale for the recommended Upper Limit for carbohydrate intake (65% of energy) in the United States. Several small, short-term studies indicate that high intakes of sugars (greater than 20% of energy) may increase serum triglycerides and LDL-cholesterol levels, especially in those with insulin resistance. A number of dietary factors such as fatty acid composition, dietary fibre content and type may modulate the effects. Less is known about effects on blood lipids of lower sugar intakes.

Neither EFSA nor the IOM set an Upper Limit for sugars based on their effects on serum lipids or any other risk factor for cardiovascular disease.

According to the IOM report there is no association between the intake of sugars and the risk for type 2 diabetes in prospective cohort studies. Some mainly small, short-term studies have investigated the effect of sugar intake on glucose and insulin response. EFSA concludes Most studies do not find any adverse effects at intakes of predominantly added sugars up to 20 to 25 E%, provided that body weight is maintained. Neither EFSA nor the IOM sets an Upper Limit for sugars based on their effects on blood glucose, insulin or risk for type 2 diabetes.

The IOM found that increased consumption of added sugars can result in decreased intakes of certain micronutrients (discussed in Chapter 11 of the IOM report). This is the so-called ‘nutrient dilution’ that occurs when sugar-rich, nutrient-poor foods and drinks displace nutrient-rich foods in the diet. Although not setting an Upper Limit for total or added sugars, the IOM stated a maximal intake level of 25 percent or less of energy from added sugars is suggested based on the decreased intakes of some micronutrients of American subpopulations exceeding this level.

EFSA takes a different position arguing that a systematic review of 15 cross-sectional studies comprising children and adults shows that there are insufficient and conflicting data with respect to the relation between intake of added sugars and nutrient density, with no clear evidence of micronutrient dilution or a threshold for a quantitative amount of added sugar intake for any of the micronutrients … The association between added sugar intake and micronutrient density of the diet is mainly dependent on the intake patterns of the food groups from which added sugars in the diet are derived. This latter point highlights that foods with added sugar vary greatly in their nutrient density. Products like soft drinks and confectionery are nutrient-poor but some foods with added sugar, such as flavoured milk, fruity yoghurts and some breakfast cereals are nutrient-rich. Therefore whether a high sugar diet is high or low in nutrient density depends on the food pattern.

The point of this article is to highlight that the heightened concern about sugar in the lay media is not supported by leading nutrition and health authorities in Europe and the United States. In relation to chronic disease sugar consumption is of little consequence and neither authority proposes an Upper Limit of sugar intake to lower chronic disease risk.

One possible exception is a link between sugar-sweetened beverages, but not sugar-sweetened foods, and obesity. The maximal intake of added sugar suggested by the IOM is high – 25% of energy – but is based on maintaining nutrient adequacy, not chronic disease prevention. And rather than being a simple cause and effect association the link between sugar intake and nutrient adequacy is dependent on food pattern.

These findings stand in contrast to the view of Professor Robert Lustig from the University of California who argues that sugar is ‘toxic’. I’ll examine his argument in my next blog.

6 thoughts on “Sugar and health: the expert view”